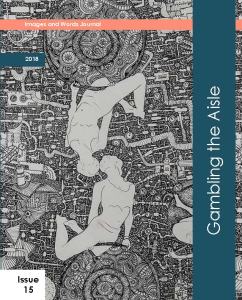 A man films his wife descending their outdoor staircase. She’s flattered because she’s always wanted to be a model. The steps creak. She thinks he resembles a dwarf aiming up from the driveway. She wishes she’d married another man. The dwarf tells her to return to the top when she’s halfway down because he needs to reset her lighting. She spins around. The steps seem taller and more difficult to climb. Her ring finger throbs at the joint.

Kirby Wright was born and raised in Honolulu, Hawaii. He is a graduate of Punahou School in Honolulu and the University of California at San Diego. He received his MFA in Creative Writing from San Francisco State University. Wright has been nominated for five Pushcart Prizes and three Best of The Webs. Wright is a past recipient of the Ann Fields Poetry Prize, the Academy of American Poets Award, the Browning Society Award for Dramatic Monologue, and Arts Council Silicon Valley Fellowships in Poetry and The Novel. BEFORE THE CITY, his first book of poetry, took First Place at the 2003 San Diego Book Awards. Wright is also the author of the companion novels PUNAHOU BLUES and MOLOKA’I NUI AHINA, both set in Hawaii. He was a Visiting Fellow at the 2009 International Writers Conference in Hong Kong, where he represented the Pacific Rim region of Hawaii. He was the 2011 Artist in Residence at Milkwood International, Czech Republic. THE WIDOW FROM LAKE BLED, his second collection of poetry, was published in 2013, along with two works of speculative fiction: THE END, MY FRIEND (novel) and SQUARE DANCING AT THE ASYLUM (flash fiction collection).